Council Member Diane Papan grew up in San Mateo County and has lived with her family in the City of San Mateo for over twelve years. She was first elected to the City Council in November, 2015, and is serving her second term after being re-elected in 2020. Diane brings a broad perspective to the Council based upon her unique background of working and serving in the non-profit, public and private sectors. Diane is the Co-Director of a non-profit benefiting school-aged kids and a scholarship program that provides special scholarships to high school seniors. Diane's public service within the San Mateo community includes having served as President of the Baywood Owners Improvement Association, Second Vice-president of the San Mateo United Homeowners Association, and Chair of the Baywood School Site Council. She worked on San Mateo's Downtown Master Plan and Parking Plan. Diane is an attorney who began her legal career litigating public works projects. Today she has her own commercial law practice, representing small business. Diane was selected to serve on several County boards, including the Flood & Sea Level Rise Resiliency District (established to combat the effects of climate change), as Vice-Chair of the 101 Express Lanes Joint Powers Authority and the JPA's Finance Subcommittee. She is also a past-president of the San Mateo County Council Cities

*Term was extended by one year as the City moves to even year elections with the passage of Measure B in 2017. 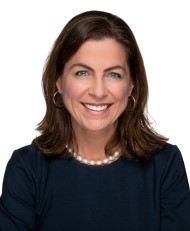